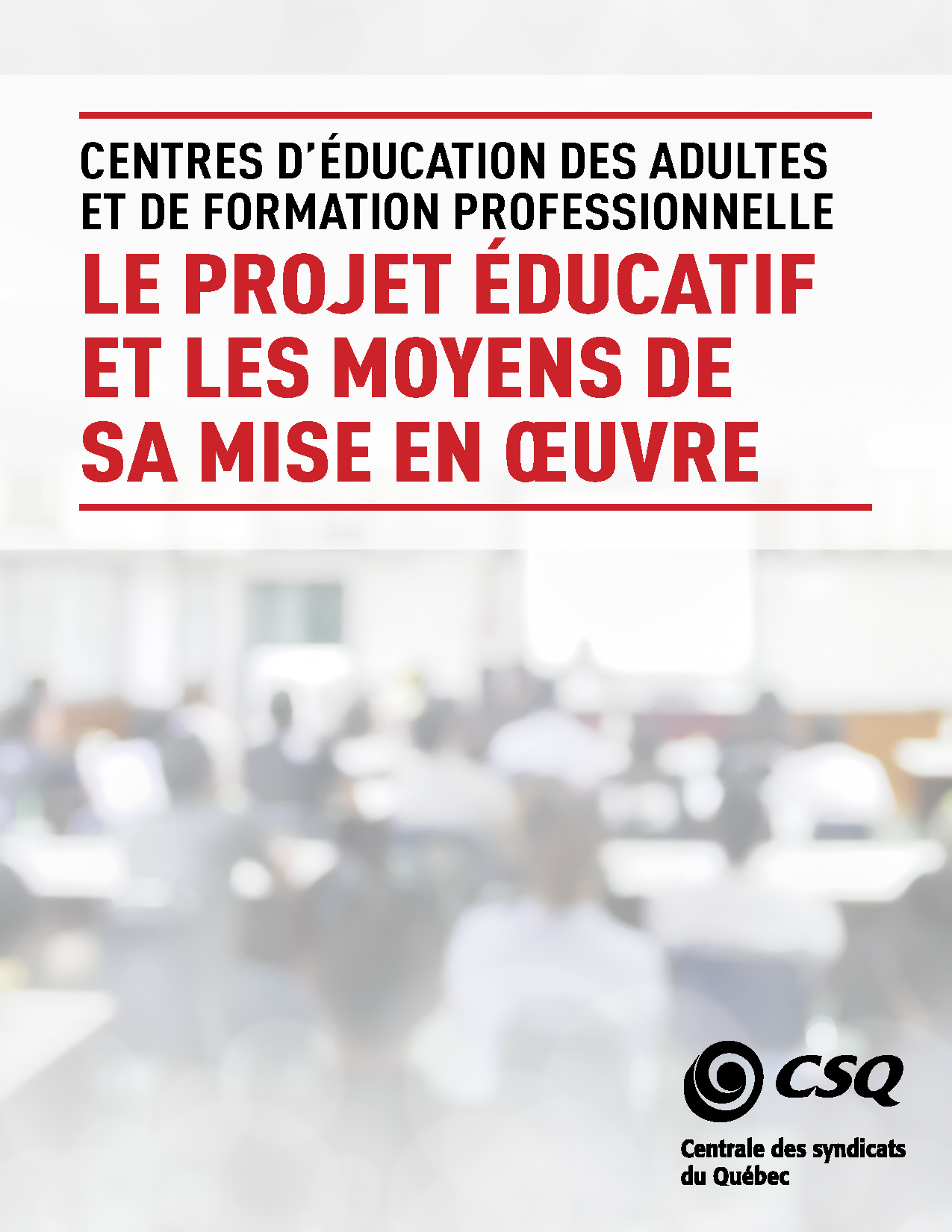 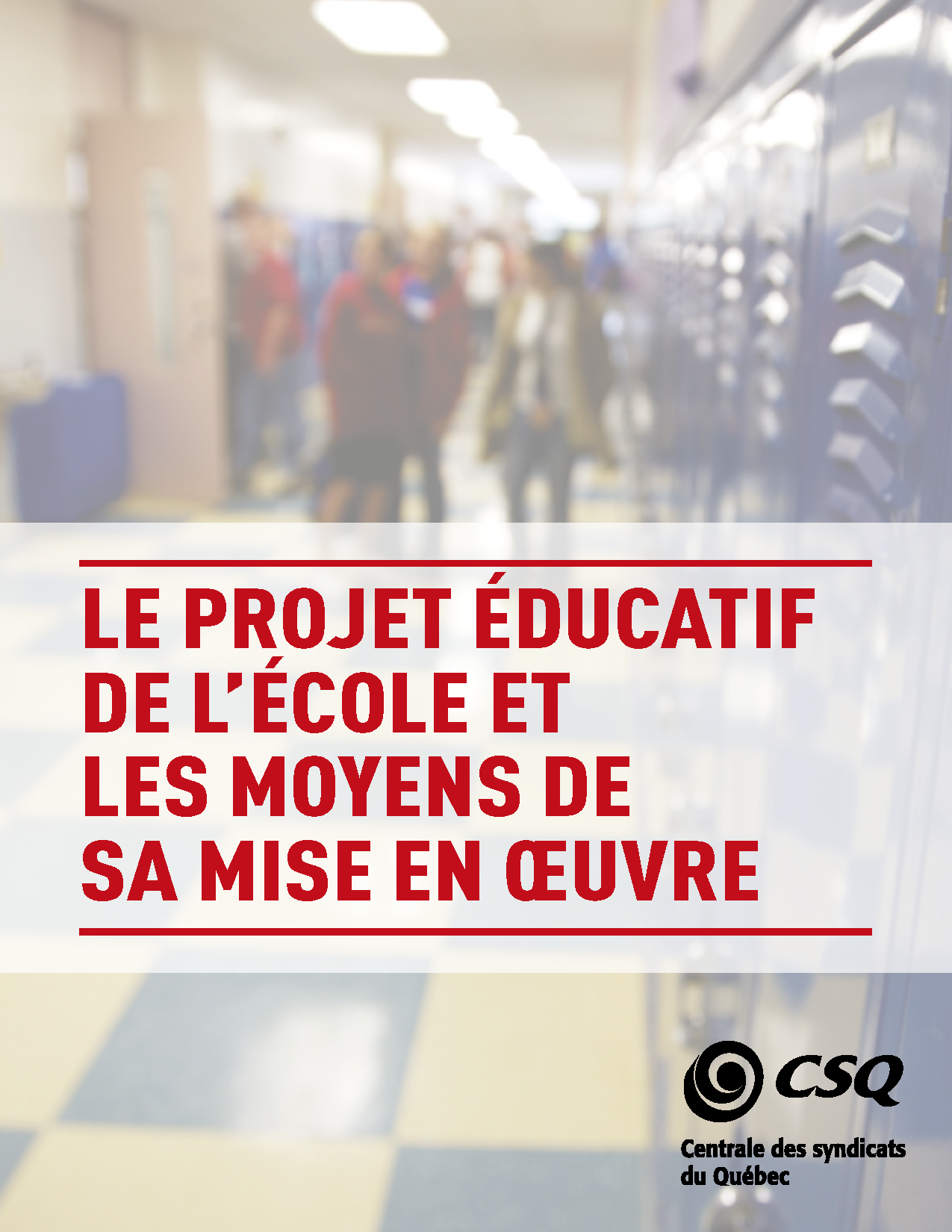 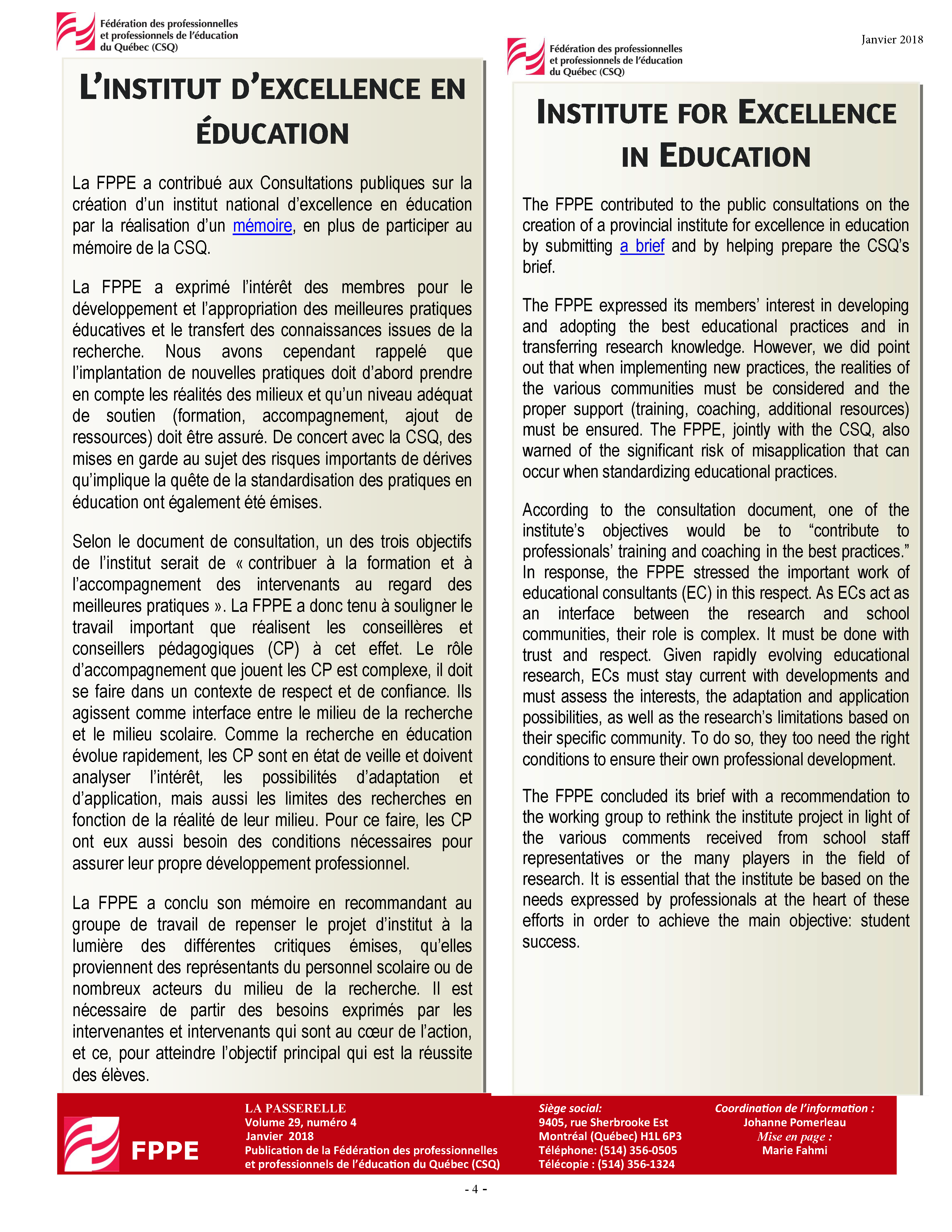 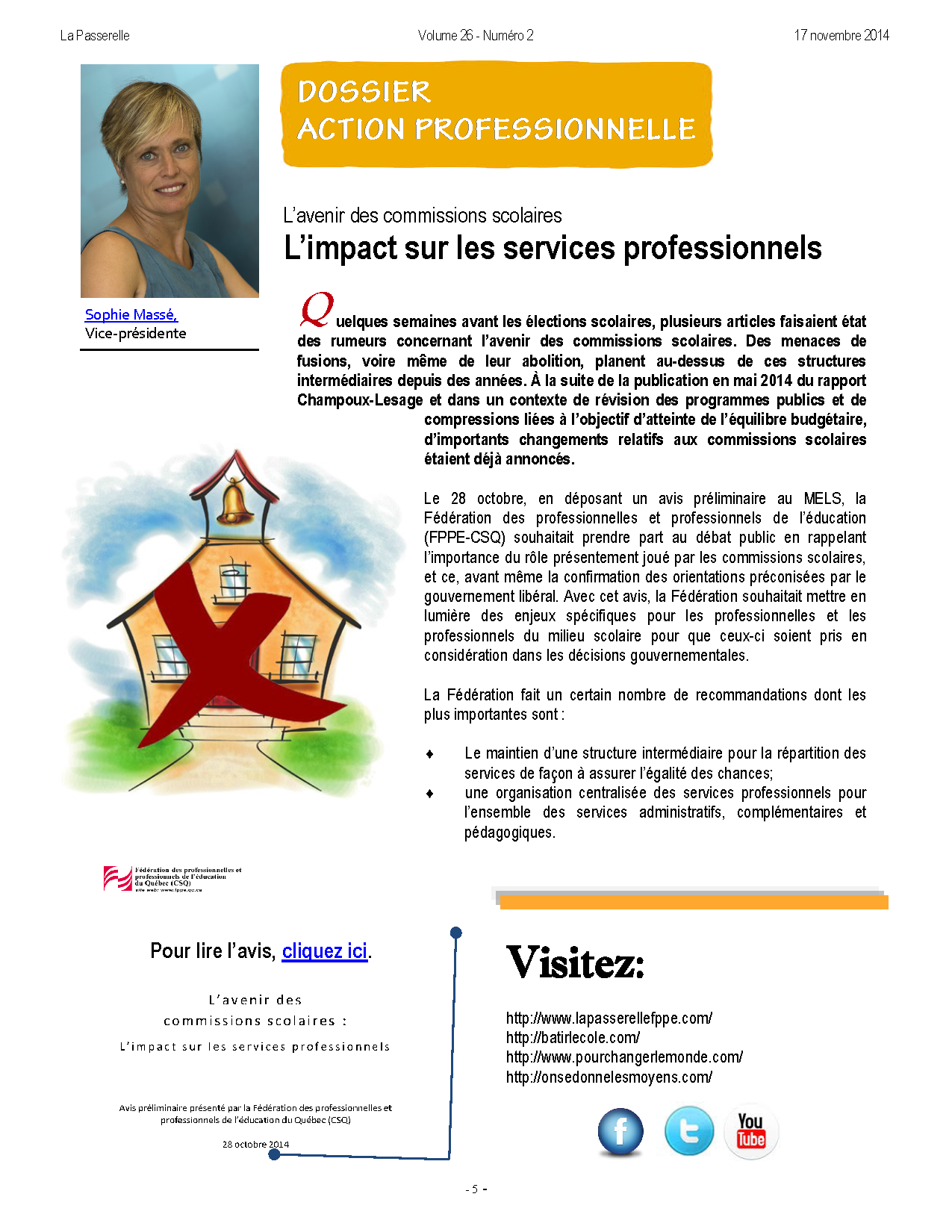 Bill 105: An Act to amend the Education Act

With this new bill, the government is abandoning the idea of revisiting the organization and governance of the school boards and is only marginally amending the powers of the Governing Board. However, what worries us is that the Bill continues to advocate decentralization.

The Bill again calls for the creation of a resource allocation committee consisting primarily of school administrations and maintains the principle by which the smallest entity possible (the schools) would be responsible for the services to offer.

Through a change in budgetary rules, the Bill also stipulates that certain measures determined by the minister be “intended for a transfer to the budget of educational institutions.” This practice is already in effect in the budgetary rules for 2016–2017.

For the FPPE, it is clear that school boards must provide the public with professional services and ensure a centralized organization in order to foster the equitable allocation and coherence of such services.

Bill № 105: Our Representations Pay Off

Adoption of Bill № 105, an Act to amend the Education Act, is imminent. Last September 21, in the context of a special consultation, Johanne Pomerleau once again explained to Minister Sébastien Proulx the importance of the centralized organization of professional services at the school board level. This position is also upheld in the CSQ’s memorandum, which the FPPE contributed to.

The minister finally listened to our concerns and made amendments to certain aspects of its bill at the last minute, i.e. at the detailed study stage. Bill № 105 remains of limited interest because it does nothing to improve academic success or boost the commitment levels of teaching staff. On the other hand, the FPPE’s representations notably helped to reiterate language in the Education Act whereby the organization of education services is the mandate of the school board and to ensure that the introduction of the “subsidiarity” principle does not obligate school boards to decentralize their services. We therefore have every reason to congratulate ourselves.

The future of the school boards

In the weeks preceding the school elections, several articles reported on the future of the school boards. Threats of mergers, and even their abolition, have hovered over these intermediary structures for years. Following the publication of the Champoux-Lesage report, in May 2014, and in a context of public program overhauls and cutbacks related to the objective of balancing the budget, major changes to the school boards had already been announced.

When it filed a preliminary notice with the MELS on October 28, the Fédération des professionnelles et professionnels de l’éducation (FPPE) wanted to take part in the public debate by drawing the public’s attention to the important role of school boards, even before the Liberal government made known their position in this regard. With this notice, the Fédération wanted to shed light on the specific challenges for professionals in education so they would be taken into account when government decisions were made.
The Fédération made a number of recommendations, the most important of which are:

Maintaining an intermediary structure to allocate services in a way that ensures equal opportunity as well as a centralized organization of professional services for all the administrative, complementary and educational services. 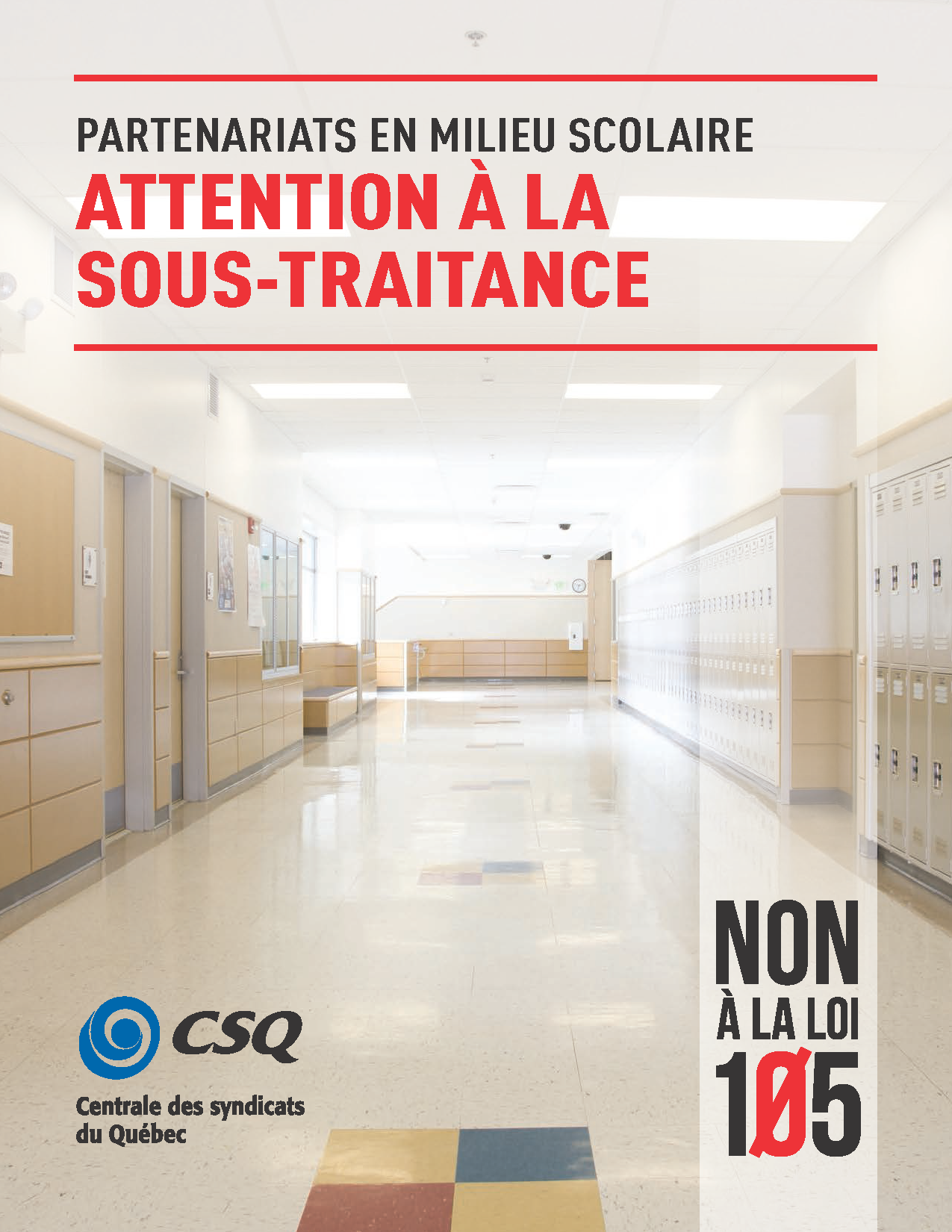 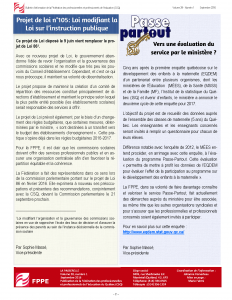 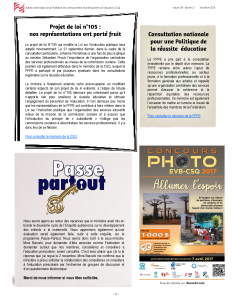