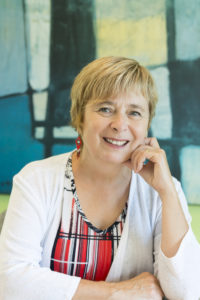 The 17th FPPE Convention was held last week. Many strategic directions that will govern the decisions of the new Executive Board and the Federal Council for the next three years were adopted. As for myself, this was my last convention. Knowing that there would be a tribute to highlight my retirement, I had prepared a message that, in the end, I only partially delivered because I was too moved to read it! To end my farewell, I would like to share with you the message I had prepared.

Thirty years ago in May 1989, I attended my first FPPE convention. At that time, I was a member of the Syndicat de Richelieu-Yamaska (SPPRY) and had been a delegate there for less than a year. That was before the school boards merged in 1998. The president had had to insist that I take time off to attend the union convention. I was initially hesitant—not out of lack of interest, but because I did not consider myself competent enough to work at the union level. I was also feeling guilty of leaving the students without services!

I instantly loved it!

Subsequently, I attended all the CSQ and FPPE conventions, up to this one. I held a number of positions in my union, eventually becoming vice-president of the FPPE in 2009 and the first female president in 2012, which I am extremely proud of!

During these 30 years, regardless of the position I held, I have always had the same objectives: to correct injustices, give a voice to professionals, and have the professionals’ expertise recognized.

It has been a great privilege for me to represent you as the president of this wonderful federation for the past seven years; my work was thorough, and I put all my heart and passion into it. Never did I count the hours worked.

I leave a healthy federation. I know that many challenges await you. However, I am confident that, with the support of the Federal Council, the next Executive Board will take them on with great success. For my part, I will move on to other projects and challenges with a sense of having accomplished my duty.

May the FPPE continue to thrive for a long, long time. Thank you for your trust!