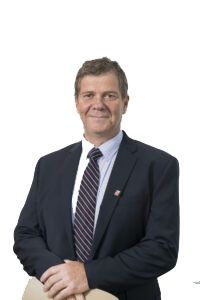 “Feminist with all our might” is a motto that will remain relevant for many years to come. Great strides have been made, but many more are to come.

Working conditions in public service jobs in Quebec and pay equity processes are, unfortunately, clear examples of battles that have yet to be fought.

Concerning the composition of the public service workforce, it can be observed that, with 72%, women make up a significant proportion of it (81% in health and social services, 69% in education, and 59% in other public services). Nowhere else, in any other sector of activity, is such a high percentage observed. Within the FPPE, the percentage is even higher, with 83%.

Not surprisingly, according to Statistics Canada, there is a gap of 23.2% between the average annual remuneration of employees of the Government of Quebec and that of employees working for government enterprises (academia, public corporations, as well as federal and municipal governments) in Quebec. In Quebec again, women earn $23.58 an hour on average compared to $26.25 for men. In addition, women’s weekly wages are 20% lower than that of men due to the number of hours worked (men work an additional 3.9 hours).

It is also safe to argue that working conditions in the Quebec public sector have been deteriorating for several years now, which you are aware of more than anyone else; years of austerity and neo-liberal values have taken their toll.

An attempt was made to apply Toyota’s “Lean” method, which is commonly used in industrial sectors, but that turned out to be a failure. On paper, the goal is to make the organization customer-centric and performance-oriented. The aim is to increase performance by eliminating unnecessary tasks and standardizing work.

This approach, however, ignores what is at the core of our function: humans. It is unimaginable to think that emotionally-charged issues, such as health care and education, can be addressed with strategies that focus solely on performance. The two are just incompatible. No wonder why anxiety is running rampant. This way of considering work and wielding power has undermined the working conditions of thousands of women, who are rightfully complaining about the burdensome nature of an approach that dehumanizes work and offers little recognition.

As for pay equity, how can we not be discouraged at the thought that the 2010 and 2015 pay audits have not been resolved yet? We can wait no longer. Professionals deserve more recognition. Despite our repeated interventions, the government is not taking us seriously and is speaking out of both sides of its mouth. It is high time that this show be brought to an end.

More than ever, let us be FEMINIST WITH ALL OUR MIGHT!