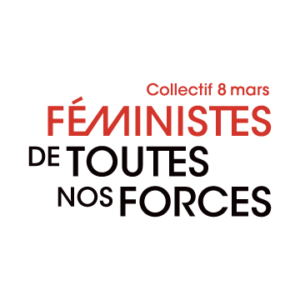 International day of Women’s rights will be celebrated on March 8. It is an opportunity to take stock of the struggles that have been fought and those yet to be fought. This year’s theme is: Feminist with All Our Might.

The hands and victory gesture are symbolic of our struggles that connect. This image refers to the notion of sharing and to a liberation that can only be achieved in a plural and collective way. The poster, through a bright colour palette, exudes an exuberant atmosphere and celebrates the international and intersectional aspect of our experiences in this year of international action of the World March of Women (WMW). FFQ, 2020 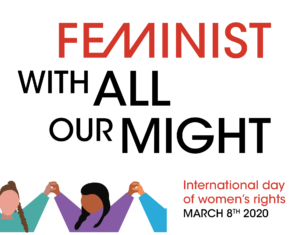 I would like to remind you that the World March of Women, which was initiated by the Fédération des femmes du Québec (FFQ), takes place every five years and will be held on Saturday, October 17, 2020, in Lanaudière. In addition, the themes of the WMW 2020 are: poverty, violence, environment, and migrants.

We must still keep up the fight for a number of struggles for women’s rights. Within the union sector—particularly in education—questions with respect to the next generation of female workers still remain. However, in recent years, despite a significant workload and family responsibilities, a new generation of women longing to get involved has emerged. They increasingly play key roles within unions and take on positions as presidents and delegates. They are confident and, to rise within the ranks, they are challenging the way things are done and questioning as well as redefining roles and structures.

Because they are looking for solutions, they are contributing to modernizing the labour movement; they are very inspiring role models for their colleagues in the education sector, who are mostly women. For the FPPE, listening to these new union leaders and supporting them while allowing them to redefine our organization is an important part of the process that can only advance the entire labour movement.